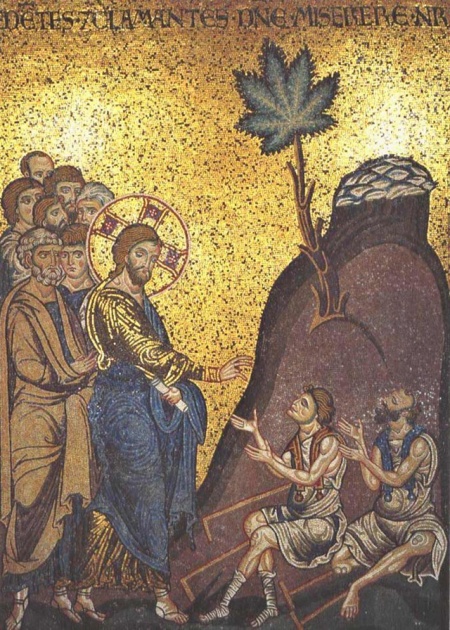 Editor’s note: To some, this information will seem blasphemous. Please note that Cannabis is an ancient herbal remedy and has only recently been considered a street drug. Cannabis was included in the US Pharmacopoeia until 1942, . We are not saying Jesus depended on herbs to heal, but the facts seem to show that He did indeed utilize them.

Updated 01.18.10
Jesus was almost certainly a cannabis user and an early proponent of the medicinal properties of the drug, according to a study of scriptural texts published [in 2003].

The incense used by Jesus in ceremonies also contained a cannabis extract, suggests Mr Bennett, who quotes scholars to back his claims.  “There can be little doubt about a role for cannabis in Judaic religion,” Carl Ruck, professor of classical mythology at Boston University said.   Referring to the existence of cannabis in anointing oils used in ceremonies, he added:  “Obviously the easy availability and long-established tradition of cannabis in early Judaism would inevitably have included it in the [Christian] mixtures.”

Mr Bennett suggests those anointed with the oils used by Jesus were “literally drenched in this potent mixture …. Although most modern people choose to smoke or eat pot, when its active ingredients are transferred into an oil-based carrier, it can also be absorbed through the skin”.

Quoting the New Testament, Mr Bennett argues that Jesus anointed his disciples with the oil and encouraged them to do the same with other followers. This could have been responsible for healing eye and skin diseases referred to in the Gospels. “If cannabis was one of the main ingredients of the ancient anointing oil and receiving this oil is what made Jesus the Christ and his followers Christians, then persecuting those who use cannabis could be considered anti-Christ,” Mr Bennett concludes.  (Source: Gaurdian.co.uk)

Bennet isn’t alone in his assertions…

“According to some scholars, cannabis was an ingredient of holy anointing oil mentioned in various sacred Hebrew texts. The herb of interest is most commonly known as kaneh-bosm (קְנֵה-בֹשֶׂם) (the singular form of which would be kaneh-bos) which is mentioned several times in the Old Testament as a bartering material, incense, and an ingredient in holy anointing oil used by the high priest of the temple.

The Septuagint translates kaneh-bosm as calamus, and this translation has been propagated unchanged to most later translations of the old testament. However, Polish anthropologist Sula Benet published etymological arguments that the Aramaic word for hemp can be read as kannabos and appears to be a cognate to the modern word ‘cannabis’, with the root kan meaning “reed” or hemp and bosm meaning “fragrant”.

Both cannabis and calamus are fragrant, reedlike plants containing psychotropic compounds. Rabbinical scholars appear to be divided on the subject; some reject the cannabis hypothesis and others affirm it.”  (Source: Wikipedia – Religious and spiritual use of cannabis)

Debate over the translation of kaneh-bosem

Sara Benetowa discovered that the Kaneh-Bosm or Cannabis is mentioned 5 times in the Old Testament. The first occurrence appears in the Holy Anointing Oil as Calamus, (Exodus 30:23).  Sara argued that the translation of Calamus was a mistranslation which occurred in the oldest Bible the “Septuagint” and the mistranslation was copied in later versions.”

“If you actually buy the Calamus translation for the Holy Oil, then you assume that God specified in Exodus 30:23 a drug commonly known as herbal Ecstasy.  Calamus contains an ingredient called asarone.  This is a hallucinogen which is metabolized in the liver as trimethoxyamphetamine which is known as herbal ecstasy.  The Middle Eastern version of this plant is far more toxic than its North American Cousin.  This is deadly to flies and other insects.

The Exodus 30:23 reference refers to sweet Calamus.  If you look at this in the Strong’s concordance where they spell this as qaneh rather than kaneh, they pronounce this as Kaw-Naw, a reed, calamus, and cane are listed as possible translations.  The term sweet used in Exodus 30:23 in Hebrew is Bosem.  According to the Webster’s New World Hebrew Dictionary, Bosem is perfume; scent.  The Concordance: the Hebrew is Bosem #1314, fragrance, by impl. spicery; also the balsam plant:—-smell, spice, sweet (odour).

In some Bibles sweet calamus is translated as aromatic or fragrant Cane.  It is where the bosem is fused to the word kaneh or qaneh that the cannabis translation becomes apparent.  So then to pronounce this we have kaw-naw-bosem, and is spelled in English qaneh-bosem or kaneh-bosem.

In 1936, Sara Benetowa, later Known as Sula Benet, an etymologist from the Institute of Anthropological Sciences, in Warsaw wrote a treatise, “Tracing One Word Through Different Languages”. This was a study on the word Cannabis, based on a study of the oldest Hebrew texts.  Although the word cannabis was thought to be of Scythian origin, Benet’s research showed it had an earlier root in the Semitic Languages such as Hebrew. Benet demonstrated that the ancient Hebrew word for Cannabis is Kaneh -Bosem.

She also did another study called Early Diffusion and Folk Uses of Hemp.  On page 44, she states, “The sacred character of hemp in biblical times is evident from Exodus 30:23, where Moses was instructed by God to anoint the meeting tent and all of its furnishings with specially prepared oil, containing hemp.”

On page 41 Sula Benet writes, “In the course of time, the two words kaneh and bosem were fused into one , kanabos or kannabus know to us from the Mishna”.   According to the Webster’s New World Hebrew Dictionary, page 607 the Hebrew for hemp is kanabos.  (Source)

In 1980, a wave of interest in Benet’s work prompted numerous etymologists to agree with Benet’s reinterpretation of the word qaneh-bosm in Exodus.  That year, scholars at Jerusalem Hebrew University confirmed her work, noting that the qaneh-bosm was mistranslated in the King James version of Exodus 30:23 as calamus (Latimer, 1988).  That same year, Weston La Barre also confirmed Benet’s work, noting further that “the term kaneh-bosm occurs as early as both the Aramaic and the Hebrew versions of the Old Testament, hemp being used for rope in Solomon’s temple and in priestly robes, as well as carried in Biblical caravans”.

A recent archeological expedition to Israel uncovered scrolls that appear to depict the story of Jesus’ crucifixion. On one of the scrolls is a sketch that shows a man, thought to be Jesus, smoking from a pipe. Below the drawing is the Hebrew word “kineboisin”, which translates to cannabis.

Dr. Isaac Cohen, president of the South Israel Archaeological Society, believes that this is an extremely significant discovery for the theological community. He described the discovery as “a finding that could change the way many perceive the world.” Cannabis is known to have been smoked thousands of years before Jesus’ time, but this is the first evidence to show that Jesus himself may have used the plant.

Not only could this mean that Christian fundamentalist may ease up on their firm stance against the use of marijuana, but they may actually begin to promote its use for an enhanced religious experience. It is the Christian belief that Christ’s followers should emulate him. If Jesus smoked weed, then why shouldn’t everyone else?  [Editor’s note:  Normally we like to reference the original study, we are still looking for it.]

Reverend Tom Brown shows the healing power of the Holy Anointing Cannabis Oil.  Tom is helping Jack Herer, who has diabetes.   This recipe comes directly from the Bible.  The old measures have been substituted with modern measure (see below).

Editor’s note:  I was lucky enough to meet the man videotaping this piece.  He was given some of the oil and happened to have it with him.  Generously, he shared some with me, enough to coat the tips of 2 fingers.  I rubbed it on my back where I sustained an injury years ago as well as on my forehead.  Intense heat immediately swept over my entire back and finally, my entire body (even though I was sitting in a cold car and could see my breath).  In a few minutes, I was very slightly hallucinating.  Everything looked as if it were inside a mandala for about an hour – a truly wonderful experience!  I remember feeling noticeably healthier the following day.

In the traditional method, all of these ingredients would have been mixed with water and then boiled until all the water evaporated. The oil was then strained and ready for use.

How to make the Holy Anointing Oil – by Reverend Tom Brown:

This is the recipe I have used. It is not exactly the same recipe that is listed in Exodus, it has only one ounce of marijuana instead of fifteen ounces. However, this recipe has been used on human beings and used with prayer, worked to relieve pain. I have used this on a man suffering from Aids, another man with severe upper back pain from a pinched nerve, on a woman with severe lower back pain associated with her monthlys, on a man suffering from rheumatoid arthritis and on myself for various pains and abrasions.

This produces an oil that is much less powerful then the original recipe as 2 pints of oil, or one quart of oil, in the original recipe would have 15 ounces of marijuana flowers, not the 1 ounce I have used. All these ingredients except for the marijuana are available at the local health food store here in Fayetteville, Arkansas.

Marijuana and the Bible