The so-called entourage effect— the mysterious way the hundreds of chemicals in the cannabis plant interact with one another to modulate its effects– is one of the most exciting research avenues in cannabis medicine.

Loosening restrictions on marijuana in the U.S. and other countries in the past decade has reinvigorated pharmaceutical cannabis research. Big pharma companies like Britain’s GW Pharmaceuticals are producing distillates of specific cannabinoid chemicals to test on conditions from epilepsy to anorexia, anxiety to post-traumatic stress disorder.

Tetrahydrocannabinol (THC), the main psychoactive chemical in marijuana, is available synthetically (as Marinol) to increase appetite and stop vomiting in cancer patients and people with AIDS. Cannabidiol (CBD), a non-psychoactive cannabinoid distillate of weed, is in clinical trials to treat rare childhood forms of epilepsy.

Some medical researchers, firmly entrenched in the current orthodoxy, still assert whole cannabis doesn’t have any medical benefits. Any clinical uses for the plant, they say, will come from isolating specific components of the plant — just as 19th-century researchers isolated aspirin from willow bark or digitalis from foxglove. 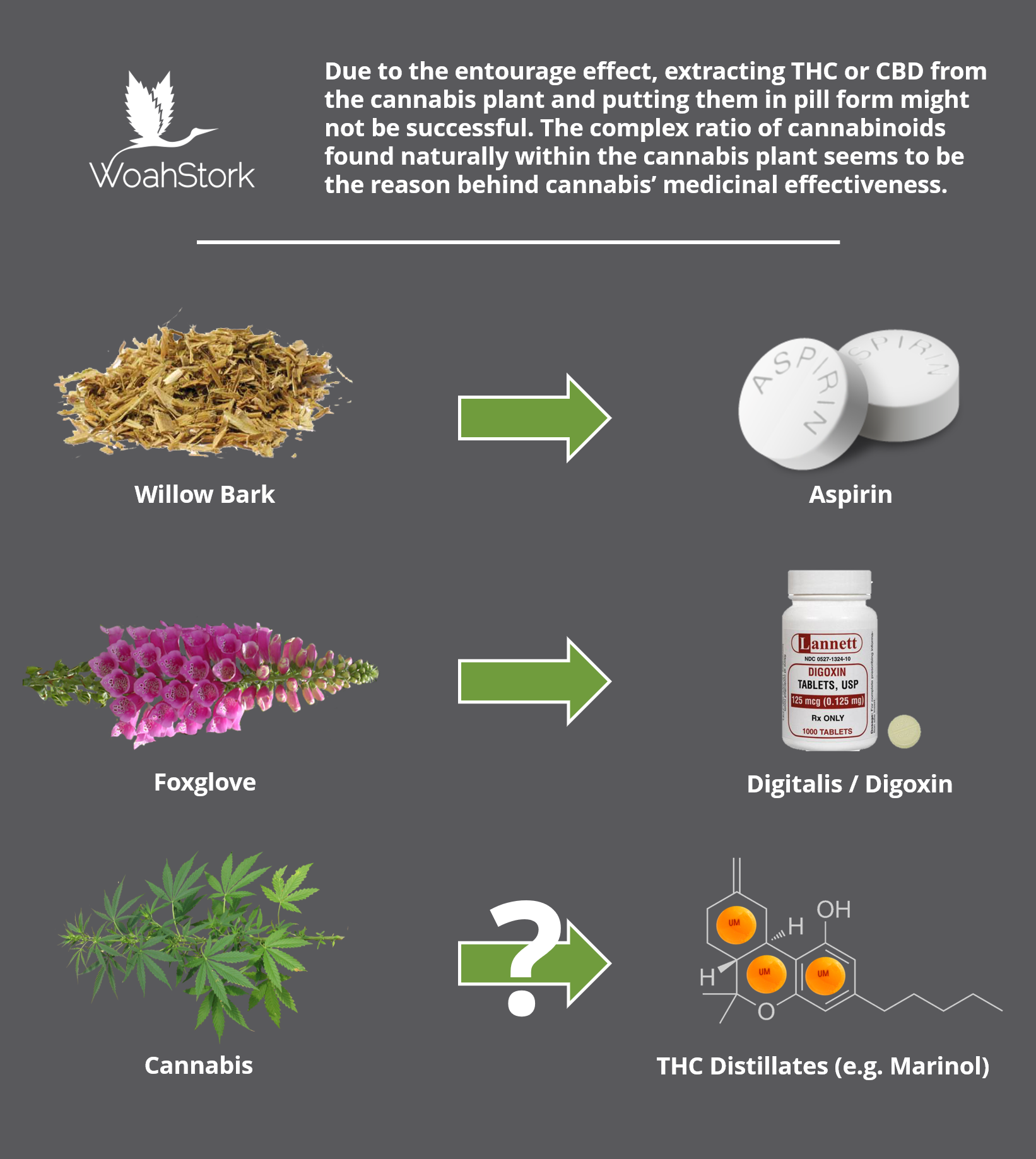 These scientists ignore the special property of whole marijuana called the “entourage effect,” a poorly understood phenomenon through which the different cannabinoids and terpenes (the chemicals that give pot its flavor and aroma) operate in sync with one another to modulate the plant’s psychotropic and therapeutic effects when consumed.

What do we know about the entourage effect in general?

An Israeli scientist was the first to rigorously document this effect in 1999, and his study coined the term. He wasn’t even studying marijuana; he was studying the body’s natural endocannabinoid system. This is a part of the nervous system, made up of a group of receptors and the neurotransmitter chemicals that fit into them, which governs mood, memory, appetite, pain response and a host of other important physiological processes.

Nerve receptors named CB1 and CB2 interact with cannabinoids anandamide (ADA) and 2-arachidonoyl-glycerol (2-AG). Once one of those chemicals fits into one of those receptors — present throughout the nerves in the gut and brain — it kicks off a cascade of chemical reactions that governs how you experience the world through mood, digestion, sensation, and memory. (The cannabinoids in marijuana hijack this system and alter its function, leading to both the marijuana high and the plant’s therapeutic benefits.)

Shimon Ben-Shabat and his team noticed that certain other neurotransmitters in the body could increase the effect of the natural cannabinoid interaction with the receptors. Unfortunately for the rats, Ben-Shabat’s methods included putting them on hot plates, freezing them, and otherwise prodding them in unpleasant ways.

But the rats didn’t suffer in vain. The results were clear that various other chemicals affected the action of cannabinoids in the body, chemicals “which alone show no significant activity in any of the tests employed.”

New research from 2018 found that “botanical drug preparations”, which took into account all the terpenes and cannabinoids found in cannabis was more effective in treating tumors than pure THC. Seeing as most studies leverage pure THC isolate (a huge downside we spoke about at length before), it could be the case that cannabis is far more effective than most research studies make it out to be– it just needs the entourage effect.

What do we know about the entourage effect in cannabis?

The idea that the constellation of chemicals in plant medicine has a more pronounced effect than isolated distillates alone is an idea that’s been floating around scientific circles for a couple decades.

The journal Phytomedicine was founded in 1994 as a venue for rigorous research on herbal medicines. In 2001 and 2009, Phytomedicine published articles by a few different researchers that demonstrated the synergistic effect of phytochemicals in various herbal remedies used throughout the world.

The latest published research builds on the premise established by Ben-Shabat and the later herb researchers. Ethan Russo published an article in the British Journal of Pharmacology in 2011, the first serious attempt to hash out exactly how the entourage effect works when the cannabis sativa plant is administered to mammals. 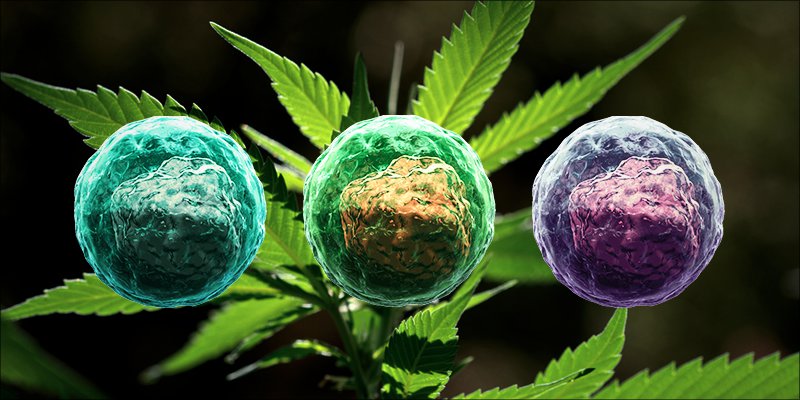 Russo’s study is a review of existing literature. He didn’t do any new experiments of his own, but he synthesized existing research from people like Ben-Shabat and other scientists to extrapolate potential mechanisms for the entourage effect in cannabis.

The entourage effect is a bit like needing to use several keys in order to open your office building, then room, then safe. It’s not just one key that gets you into the safe. You need a full key ring. Whole plants, like cannabis, are those key rings and trying to use just one key to get into the safe is like using just THC, instead of all the other cannabinoids together, to solve medical issues.

It’s well known the two main cannabinoids in weed modulate each other. In addition to THC and CBD, there are a host of other cannabinoids and terpenes in whole cannabis.

Terpenes are the chemicals that give pot its flavor and aroma. They’re also present in beer, smoked meats and all kinds of foods and beverages. Russo’s study is an ambitious attempt to explain how these terpenes interact with the cannabinoids to modulate their effects, even as the terpenes alone don’t affect CB1 and 2 receptors at all.

Research on this entourage effect is still in its infancy, likely because it’s so tough to devise an experiment that can keep track of the dozens of different chemicals involved. Ideally, as the U.S. and other countries roll back marijuana restrictions, more scientists will start studying it.

“Synergy and other interactions in phytomedicines”
Williamson EM