After six months, medical cannabis significantly improved pain and quality of life for older adults with minimal side effects. More than 93 percent of 901 participants reported their pain dropped from eight to four on the 10-point scale. Quality of life upgraded from “bad” or “very bad” to “good” or “very good” in approximately 60 percent of patients. More than 70 percent of patients reported experiencing moderate to significant improvement in their condition.

Safety and Efficacy of Medical Cannabis in Elderly Patients

[Medical Cannabis] is a well-tolerated treatment with improvement noted in chronic pain, sleep, neuropathy, and anxiety in patients ≥75 years of age.  [Adverse effects] that resolved on dosage adjustment were noted in 13% of patients.

Friends, to my great delight, my mother has finally become willing to pursue use of CBD to replace the heroin (Oxycontin) my beloved (soon to be) 90 year old Dad has been taking for years, after a herniated disk caused chronic pain.

Mom told me last week that my Dad was ‘slowing down at an alarming rate’, which broke my heart. Later that day, it hit me like a lighting bolt out of nowhere: IT’S THE OXY! Of course there will be decline in old age, but heroin will take down a 20 year old in no time, what is it doing to our parents?

I’ve compiled a bunch of information for my Mom to share with her doctor to get approval, and found a couple options from a local CBD shop to begin our journey. Please enjoy: 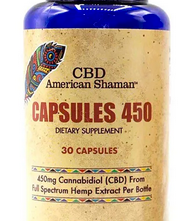 Israel Scientific Study: Cannabis Safe and Effective for Regular Use in the Elderly; Can Decrease the Use of Other Prescription Medicines, Including Opioids

Epidemiological characteristics, safety and efficacy of medical cannabis in the elderly

There is a substantial growth in the use of medical cannabis in recent years and with the aging of the population, medical cannabis is increasingly used by the elderly. We aimed to assess the characteristics of elderly people using medical cannabis and to evaluate the safety and efficacy of the treatment.

A prospective study that included all patients above 65 years of age who received medical cannabis from January 2015 to October 2017 in a specialized medical cannabis clinic and were willing to answer the initial questionnaire. Outcomes were pain intensity, quality of life and adverse events at six months.

During the study period, 2736 patients above 65 years of age began cannabis treatment and answered the initial questionnaire. The mean age was 74.5 ± 7.5 years. The most common indications for cannabis treatment were pain (66.6%) and cancer (60.8%). After six months of treatment, 93.7% of the respondents reported improvement in their condition and the reported pain level was reduced from a median of 8 on a scale of 0–10 to a median of 4. Most common adverse events were: dizziness (9.7%) and dry mouth (7.1%). After six months, 18.1% stopped using opioid analgesics or reduced their dose.

Our study finds that the therapeutic use of cannabis is safe and efficacious in the elderly population. Cannabis use may decrease the use of other prescription medicines, including opioids. Gathering more evidence-based data, including data from double-blind randomized-controlled trials, in this special population is imperative.

Statistical analyses revealed that after six months of treatment with cannabis, patients reported significant reduction in pain levels and improvement in quality of life and a perception that the treatment was effective for their condition. The most common adverse effects were dizziness and dry mouth; these were generally mild and in most cases correctable by adjusting the dosage or strain. While dizziness can increase the risk of falls, the number of actual reported falls was significantly lower after the treatment compared to before it.

None of the participants enrolled in the study had any previous experience with cannabis. Most suffered from chronic pain (77%) and other age-related conditions, such as sleep disturbances, cancer-related symptoms, mood disorders, and Parkinson’s Disease…

The majority of the subjects (66%) utilized cannabis oil sublingually as the sole method of administration, and half of them took three doses daily…

The investigators sought to assess the efficacy of cannabis and the frequency and risk of adverse cognitive and cardiovascular effects, as well as postural instability and other problems. For the most part, side effects were relatively mild, affecting one third of the seniors enrolled in the study; these included dizziness (12%), sleepiness (11%), and dryness of the mouth…

One-third of the cannabis patients were able to discontinue opioids…

Specifically, this is how patients were told to titrate their cannabis medicine:

[Editor’s note: this could probably be translated to: double the CBD if not using THC (if not triple, and so forth)]

Each patient’s progress was closely monitored for side effects and efficacy; when the desired effect was achieved, the dosage stabilized with no need for further increase.

The Complete Guide to Medical Marijuana and CBD

A recent study showed that 62.2% of studied marijuana users were using it for their chronic pain. Research has shown that humans have cannabinoid receptors within our peripheral nerves, and cannabinoids appear to suppress pain.

Cannabinoids in the Older Person: A Literature Review

Combining opioids and marijuana may be advantageous for pain sufferers

Cannabinoid-based medicines (CBMs) have been shown to improve dementia symptoms such as aggression and agitation [12, 13], and they appear to be safer to prescribe than other pharmacotherapies [3] because the adverse effects are often minimal [14]. For example, Weier and Hall [15] found sedation to be the only adverse effect among patients with dementia prescribed either cannabinoids or pharmacotherapies…

Cannabis and the Elderly

Dementia can be debilitating entirely and has no current treatment. At the time being, however, data suggests that cannabinoid use may be therapeutic to individuals suffering from this disease. In a placebo-controlled study, researchers confirmed that cannabinoids reduced the occurrence of dementia-induced life disruption, meaning they might help restore patient’s overall ability to function.

Patient Testimonial: CBD for Fibromyalgia and Opioid Withdrawal (A patient testimonial from a 72-year-old Oregon resident who has been weaning herself off opioids with the help of CBD-rich cannabis – from Project CBD)