The following is an excerpt from GreenMedInfo 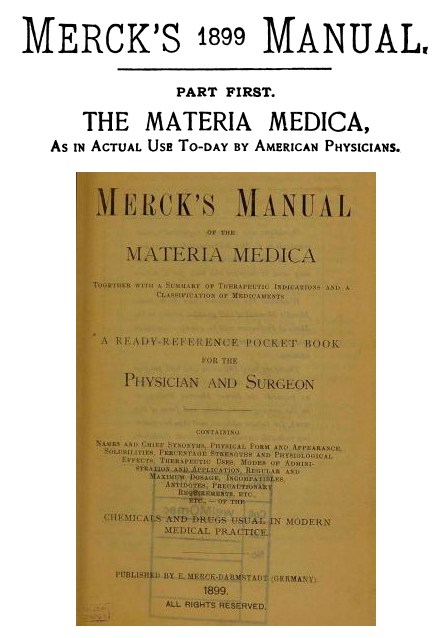 Materia Medica is a Latin term for the extant body of collected knowledge about the therapeutic properties of any substance used for healing (i.e., medicines).

Perhaps what is the most striking thing about the first 1899 edition of the Merck Manual is that many of the remedies listed are entirely natural. It would not be until 1906 that Congress, with the strong support of President Theodore Roosevelt, would pass the Pure Food and Drug Act, which would usher in the era of pharmaceutical medicine, largely consisting of patented, synthetically produced medications. In 1899, the standard of care included toxic compounds like arsenic and mercury, as well as completely natural ones derived from common plants and foods, but few if any patented drugs.

The Pharmaceutical Industry Has Always Depended on Natural Medicine

While this may be counintertuivive about the origins of what has become, arguably, the world’s most powerful international pharmaceutical company, namely: natural medicine is still the basis for the vast majority of today’s blockbuster pharmaceutical products. In fact, 63% (537 of 847 small molecule-based pharmaceuticals) of all drugs introduced since 1981 were derived from natural products or had a natural product-inspired design. And perhaps even more noteworthy, of the 155 anti-cancer drugs developed since the 1940’s, only one would be considered de novo chemical (with absolutely no relationship to inspiration from a natural chemical compound!)1 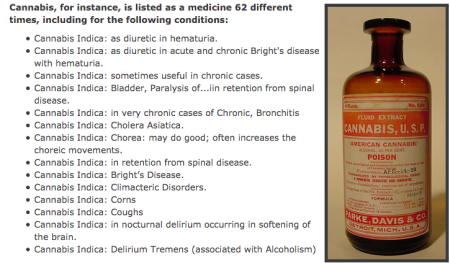